What does this mean for you?  Well, plainly said it means that any inflatable used for a public event such as for schools, festivals, town functions, churches, company picnics or even a private event being held at a public venue or having more than 100 people MUST be TSSA Licensed, set up by a TSSA Licensed Mechanic of a TSSA licensed Company such as Air Bounce.

Due to this events requiring TSSA inflatables will now be subject to an additional 20% TSSA fee.   This fee will help cover costs associated with licensing, permits and inspections which are performed on a yearly basis.

Do I need to rent a TSSA Licensed Inflatable?

If you are planning one of the following events than YES, you must ensure that the company you are renting from is TSSA Licensed and the inflatable is TSSA Licensed as well or you risk fines, liability and/or injury in the case of an accident.

Public Events such as;

How do I know if a Company is TSSA Licensed?

If an inflatable company is licensed it will be issued a certificate as seen here.  These certificates are issued annually after careful review that TSSA requirements are met.  These requirements include;

Do not put yourself at risk.  Hire a TSSA Licensed company to supply your inflatable needs.  If you have any questions or concerns please do not hesitate to contact us.  If you would like more information on TSSA regulations or codes please contact TSSA at 1-877-682-TSSA (8772) 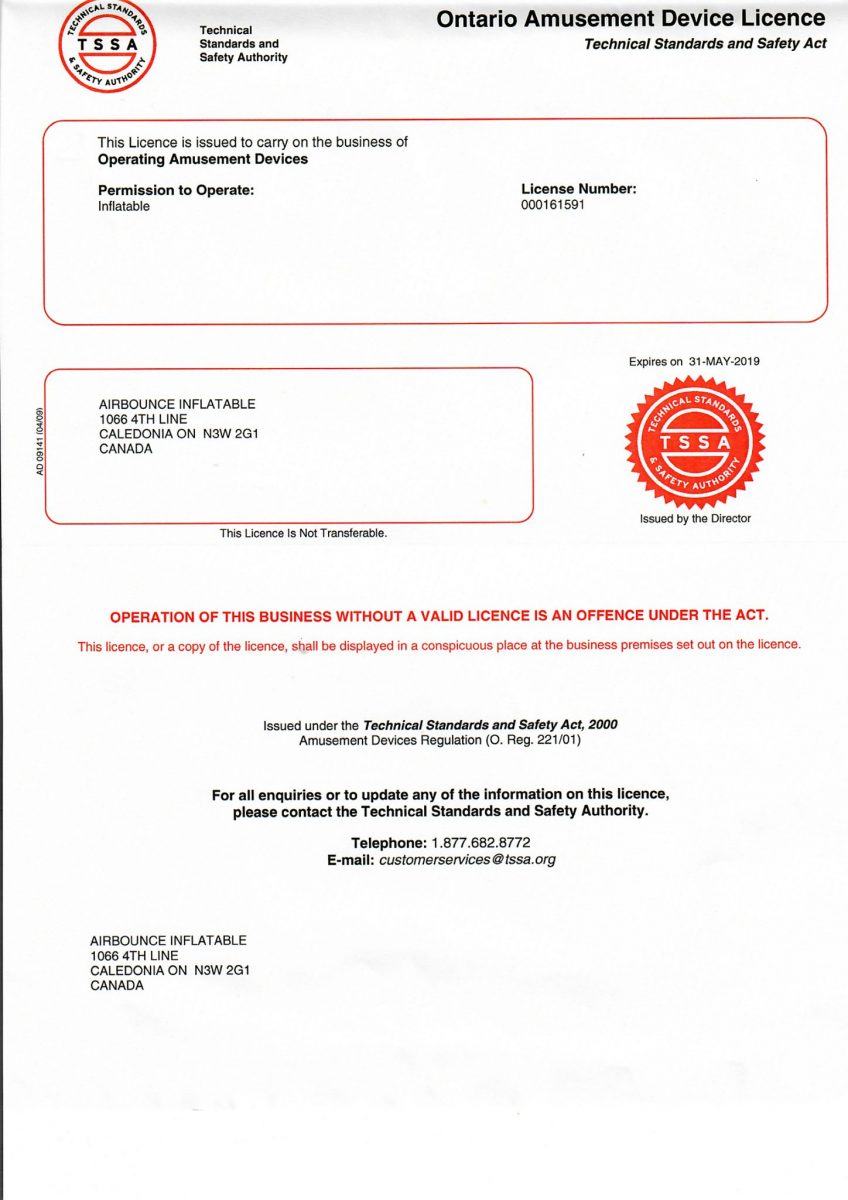